It took me a long time to finish this comic. In the time between my last strip and this I have been to multiple birthdays for five-year-olds, a birthday for a thirty-nine year old (mine), and on a work trip to Austin, Texas. I have indeed been busy. In that time I have learned two things:
It's not as though my drawing hand has been lonely and neglected. It has been firmly wrapped around a hard wooden pencil and stroking away. It just hasn't been to produce comic strips. There was probably a better way to say that. Moving on. I think there may be one or two more strips in this run just to establish the relationship between Ted and Wuffles, then I'm going to do some one-offs, then maybe return to Sam, Mark, and Steve for a little bit before coming back to Ted and Wuffles. We'll see. For those who are following me, please know that I haven't given up. My focus has been elsewhere for a little bit, but I'm trying to get back in the swing of things now.

Besides, if I don't keep posting comic strips, how am I supposed to get into Comic Con next year? Priorities. One must have priorities.

While I haven't been as dedicated to drawing comic strips as I would like, I have still been drawing. In fact I had to switch to a new sketchbook at some point between my last post and this. Here are a few of my favorites. 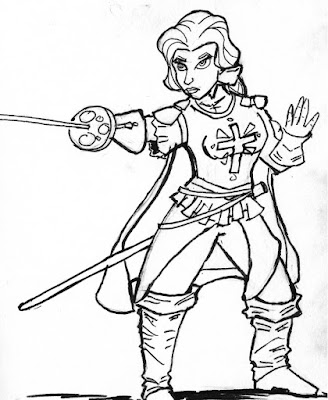 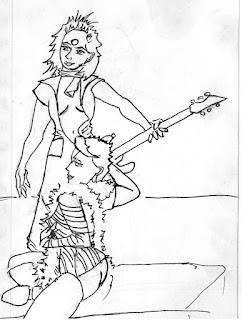 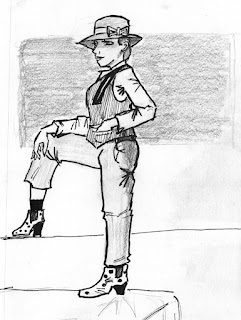 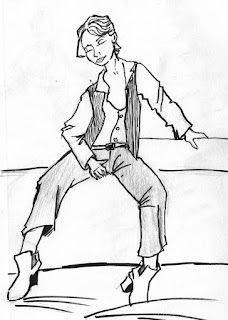 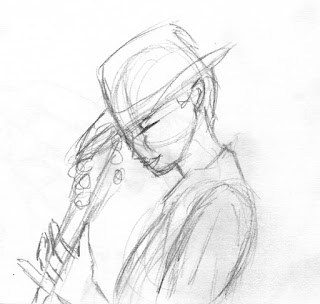 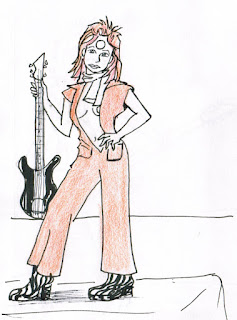 Sometime in mid-February I attended the excellent "Valley Drink and Draw" hosted by the one and only Gallery Girls. The theme of the evening was a tribute to the late David Bowie, and two models dressed as his most iconic characters, from Aladdin Sane to Ziggy Stardust. 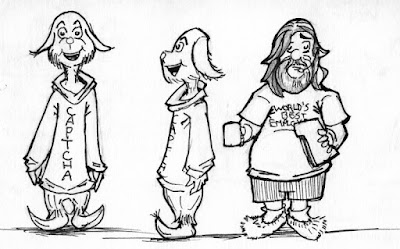 Some early character designs for a project I started working on with Runs Long Talking. I had to set this aside during March and April, partly because most of my drawing time was spent working on illustrations for a business presentation I gave in Austin. Now that I'm through the big business meeting and done with one or two other things I plan to get back to working on this.

I drew this one because...well...who doesn't love BB-8? Seriously. Can you think of anyone? 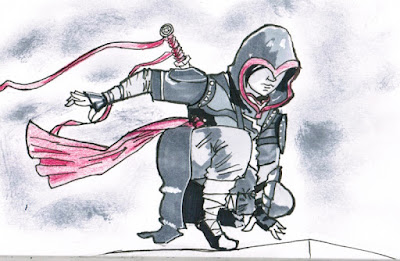 Before February or March I had been playing a lot of Assassin's Creed II. There is something weirdly gratifying about playing a video game where a character can climbs to the top of tall buildings, leaps off, and survives by landing in hay bales, or carts full of flowers. It is a strangely liberating thing to do, and one reason why I come back to these games.

Posted by basicrowan at 11:36 PM No comments: